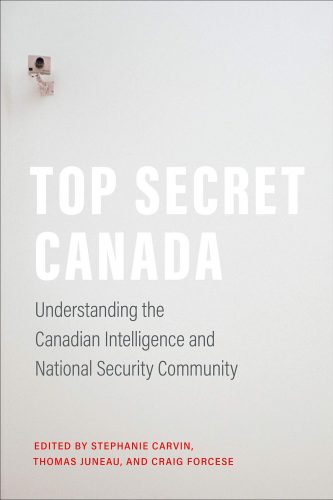 National security in the interest of preserving the well-being of a country is arguably the first and most important responsibility of any democratic government. Yet, despite the centrality of national security, the study of the intelligence community in Canada has been largely neglected by scholars. Motivated by some of the pressing questions and concerns of citizens, Top Secret Canada is the first book to offer a comprehensive study of the Canadian intelligence community, its different parts and how it functions as a whole. In taking up this important task, the editors and contributors aim to identify the key players, explain their mandates and functions, and assess how they interact with each other.

Top Secret Canada fills a large gap in the literature on Canadian foreign policy, defence, and security. Featuring essays by the country’s foremost experts on law, intelligence, and national security, it will be a go-to resource for those seeking to understand Canada’s intelligence community and the challenges it faces both now and into the future.