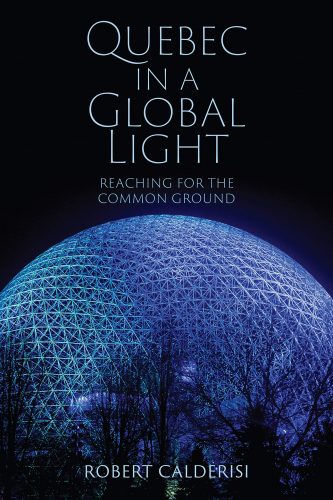 To the outside world, Quebec is Canada’s most distinctive province. To many Canadians, it has sometimes seemed the most troublesome. But, over the last quarter century, quietly but steadily, it has wrestled successfully with two of the West’s most daunting challenges: protecting national values in the face of mass immigration and striking a proper balance between economic efficiency and a sound social safety net. Quebec has also taken a lead in fighting climate change. Yet, many people – including many Quebeckers – are unaware of this progress and much remains to be done. These achievements, and the tenacity that made them possible, are rooted in centuries of adversity and struggle.
In this masterful survey of the major social and economic issues facing Quebec, Robert Calderisi offers an intimate look into the sensitivities and strengths of a society that has grown accustomed to being misunderstood. In doing so, he argues that the values uniting Quebeckers – their common sense, courtesy, concern for the downtrodden, aversion to conflict, and mild form of nationalism, linked to a firm refusal to be homogenized by globalization – make them the most “Canadian” of all Canadians.