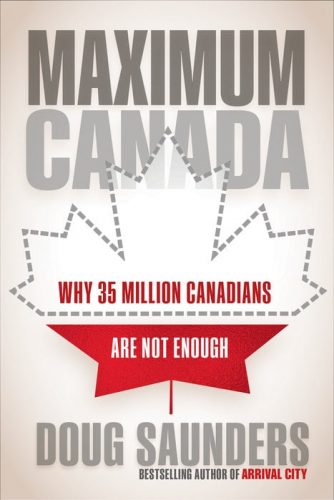 To face the future, Canada needs more Canadians. But why and how many?

Canada’s population has always grown slowly, when it has grown at all. That wasn’t by accident. For centuries before Confederation and a century after, colonial economic policies and an inward-facing world view isolated this country, attracting few of the people and building few of the institutions needed to sustain a sovereign nation. In fact, during most years before 1967, a greater number of people fled Canada than immigrated to it. Canada’s growth has faltered and left us underpopulated ever since.

At Canada’s 150th anniversary, a more open, pluralist and international vision has largely overturned that colonial mindset and become consensus across the country and its major political parties. But that consensus is ever fragile. Our small population continues to hamper our competitive clout, our ability to act independently in an increasingly unstable world, and our capacity to build the resources we need to make our future viable.

In Maximum Canada, a bold and detailed vision for Canada’s future, award-winning author and Globe and Mail columnist Doug Saunders proposes a most audacious way forward: to avoid global obscurity and create lasting prosperity, to build equality and reconciliation of indigenous and regional divides, and to ensure economic and ecological sustainability, Canada needs to triple its population.