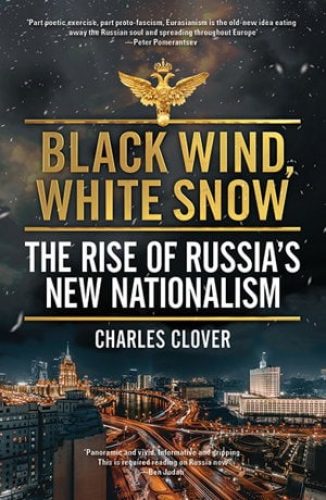 Ralph Lysyshyn
Former Ambassador to Russia, and Former Special Advisor for the House of Commons

Charles Clover, award-winning journalist and former Moscow bureau chief for the Financial Times, here analyses the idea of “Eurasianism,” a theory of Russian national identity based on ethnicity and geography. Clover traces Eurasianism’s origins in the writings of White Russian exiles in 1920s Europe, through Siberia’s Gulag archipelago in the 1950s, the dissolution of the Soviet Union in the early 1990s, and up to its steady infiltration of the governing elite around Vladimir Putin. This eye-opening analysis pieces together the evidence for Eurasianism’s place at the heart of Kremlin thinking today and explores its impact on recent events, the annexation of Crimea, the rise in Russia of anti-Western paranoia and imperialist rhetoric, as well as Putin’s sometimes perplexing political actions and ambitions.

Based on extensive research and dozens of interviews with Putin’s close advisers, this quietly explosive story will be essential reading for anyone concerned with Russia’s past century, and its future.